Sageuk is a genre referring to a historical korean drama. I fell in love with sageuk after watching Arang and the Magistrate. I must have been attracted to the old world, the beautiful costumes, maybe the old language. If you’re interested to start your sageuk addiction, refer to this page for some of the best korean historical drama. I will regularly update this page as soon as I have new ones for the collection. Enjoy!

Yoo Se Poong is a genius doctor and works at the palace but he gets blame for the death of the king. He has to leave Hanyang with a trauma that makes him unable to do acupuncture anymore. He then meets a town doctor who becomes his teacher and a widow who becomes his student.

Nam Young has just passed the national service exam and becomes an officer for the Saheonbu, which cracks down on people who breaks the alcohol prohibition. He comes across Kang Ro Seo, a poor girl who originally hailed from a noble family. And because of poverty, Kang Ro Seo starts brewing alcohol to make a living. 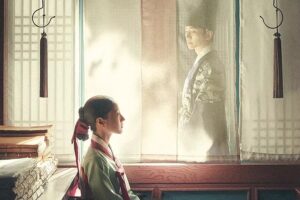 Sung Duk Im is a court lady serving the crown prince of Joseon. Without knowing the real appearance of the prince, she’s been actually talking to him a handful of times while disguised as his teacher. The prince falls in love with Sung Duk Im and she later becomes his royal concubine.

King Lee Hwi has a big secret. She’s a girl who has to live as a king to replace her crown prince twin brother who got killed for pretending to be her. Things get complicated when the king’s new teacher happens to be the guy she once liked. 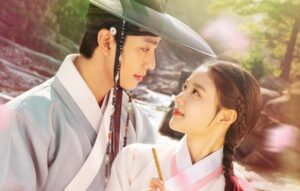 Hong Chun Gi is a female painter during the Joseon era, who is able to enter Gyungbokgung Palace. Her fate is entwined with Ha Ram, a man who lost his sight but knows how to read the skies and constellations. 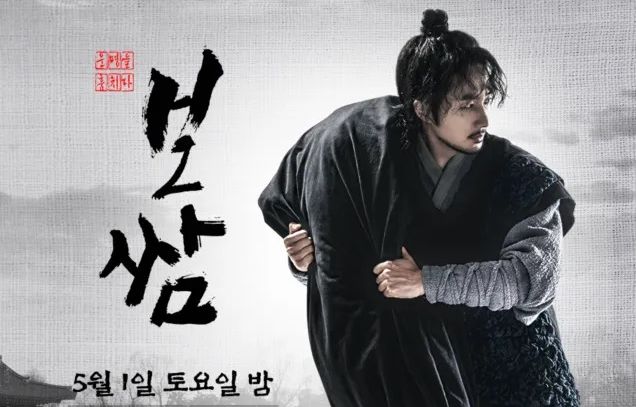 Ba Woo is a poor person who does Bossam to make a living. Bossam was a custom in Joseon period, in which a bachelor who missed marrying, would secretly wrapped a widow in a blanket and make her his wife. On one of Ba Woo’s Bossam jobs, he accidentally abducted princess Soo Kyung, a virgin widow and the daughter-in-law of the powerful Lee Yi Chum. Set in the Joseon era, Sung Yi Kyum is appointed as the new Secret Royal Inspector after the previous inspector had gone missing. His job is to investigate corrupt activities by government officials in the far provinces. Sung Yi Kyum is accompanied by his entourage which include Hong Da In, a female inspector and Park Chun Sam, his loyal servant. In the modern times, the soul of a male chef finds its way into the body of a Joseon royalty, Queen Cheorin. He has to live in the palace as the newly crowned queen who has to deal with her new husband, King Cheoljong. Luckily, the king becomes fond of the queen’s new personality and even gets fascinated of her use of the future vocabularies. They become close and support each other against the powerful families that tried to harm them both which are headed by the queen and grand queen dowager. Set during the Goryeo Kingdom, two good friends separate as enemies and both become warriors trying to protect their country. A secret leads to another and after going through a lot, even dressing up as a woman, Nokdu finally found out who he really was. A beautiful tale of a beautiful person!

A colourful and bright story about Joseon’s gorgeous matchmakers and how they tried and successfully married their clients except one when the Agency’s leader fell in love with one of the clients. Strong and intelligent noble lady who doesn’t want to get married and becomes the lady of the house but to make a difference in a world and era dominated by men. Goo Hae Ryung makes a name as one of the first female historians in the palace. The dream of becoming the King of the people is not impossible with the help of the few who have a sense of justice and who knows how to differentiate good and evil. The throne has put some weight on the King of Joseon so he badly needs some rest and orders a clown, who just looks like him, to take over the throne. However, the clown turns out to be a better king!

Set at the end of the Joseon era, Mr. Sunshine is a story of a former slave who became an American citizen and when he was assigned in his homeland met a noble lady who is secretly part of the country’s resistance. Will his love for her enough to give up everything he had worked for. Is love keeping you by my side or setting you free? This is the royal dilemma of Crown Prince Wang Won. A beautiful period drama about love, friendship, loyalty and freedom set in an old world with endless blossoms. Leads are gorgeous and costumes are intricately flawless. Period drama with a modern twist. Our handsome scholar meets princess and falls in love with her inspite the un-sassy attitude. Gorgeous leads in dashing costumes will surely entertain everyone.

Pretty boys overload! Hwarang are just mesmerizing in their fantastic costumes, lovely ancient world with accessories overflowing on both men and women. Vanity seems to be normal during this era but no complains if it produces beautiful men like Hwarang! Chances are high that the handsome crown prince would still fall for you even though you’re dressed as a eunuch! It doesn’t matter when the eunuch in question is as pretty as Kim Yoo Jung! A very cute story! with IU and Lee Joon Ki

Transported to the Goryeo era from the present, Lady Hae Soo faces a challenging  life dealing with all the handsome princes including her love Prince Wang So. With all the problems one has to deal during that time, would their love survive? Gambling addicts in Joseon era are none other than the princes themselves. Gambling tricks actually help the princes in catching the elusive and powerful enemy of the royal family, Lee In Jwa. Our princes are to watch for but King Sukjong is the fiercest of them all. Curious on how merchants do business during the Joseon era, this drama is all about it! Follow the life of Cheon Bong Sam as he tried to compete and made his way in the merchant world. Played by the talented Jang Hyuk, this sageuk is a different and interesting piece. It’s hard to resist Lee Joon Ki as a beautiful and well-dressed vampire during the Joseon era. He’s joined by an equally sexy vampire Lee Soo Hyuk whose voice is like thunder to women. It’s a 50-episode long drama and quite heavy on Joseon politics. The cast is impressive, the acting is brilliant, the costumes are award-worthy, it’s definitely a must-watch. The leads definitely have the best chemistry in 2015. Enjoyed watching them falling in love, fulfulling their destiny but it’s up to you to judge whether you like how it ended.

It’s not fun to see ghosts but if you know how to deal with them and use them to protect your kingdom, you’re definitely in for the job. Well in this case, we’ll trust Jung Il Woo to do the job. This Korean version is equally entertaining like the original one. The two leading men are definitely to watch for. Impressive swordmanship, loyalty, love, friendship are all in here.

When 2 eras merged, we see cool guys like the Joseon gunman, who changes from Hanboks to suits but expertly capable of using the most feared weapon during that time.

It’s a 50-episode drama but it’s worth it. See Ha Ji Won in her finest, from the tomboyish to the alluringly fierce lady of the palace. No wonder he attracted the most powerful. It’s Lee Seung Ki as half-human,  half-mythical creature in this period-fantasy drama. Though I didn’t warm up to the main leads’ chemistry, I’m sure the supporting made up for it.

The legendary bridal mask who protected his own people and fought for his country during the Japanese invasion. It’s a great action-period drama with an impressive cast. The Moon that Embraces the Sun – rated 9 stars

with Kim Soo Hyun and Han Ga In

One of my top favorites! Great story with such a brilliant cast. Kim So Hyun though still very young here did a great performance as the smart king who tries to protect the woman he was destined to marry and love. This drama is definitely to fall in love with. with Ji Hyun Woo and Yoo In Na

Not a 100% period drama and also involves time-travelling of a Joseon man to the present time and meeting an actress portraying as the queen of his past era. Beware: can get a bit cheesy! First reason to watch it, it’s because there’s Lee Min Ho in it. Second reason is how it ended – time-travel solution and a brief reunion were just perfect.

This is the Boys Over Flower of Joseon era! Take a look at these good-looking school boys at Sungkyunkwan all drawn to a smart and pretty but secretly male-dressed lady student. with Park Yoochun and Han Ji Min as Park Ha

A semi-period drama and involves time travelling of a Joseon prince to the present time that leads unraveling deep secrets in the past. Lots of hilarious scenes that will keep you laughing but will have to endure some heartbreaks too. Arang and the Magistrate – rated 8 stars

Fun-filled period drama with 2 of the most beautiful faces in korean drama. Arang is a wandering ghost who finds some help from the good-looking magistrate who possesses a 6th sense.